FREE SHIPPING on orders $99+ delivered within the US - see details

Gothic Shoes and Boots for Men and Women 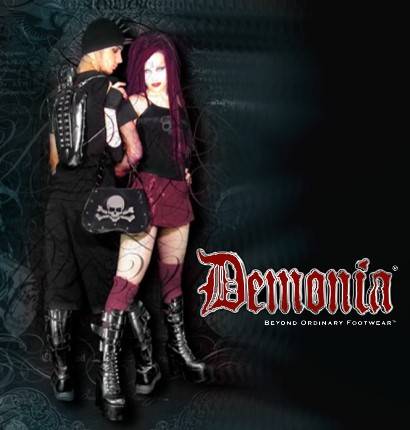 Gothic Plus has been bringing you the best Gothic shoes and boots since 2004. We are proud to offer top brands including Demonia Gothic and Hades Alternative Footwear.

Gothic shoes and boots can have platforms or be single sole, can have studs, buckles, bondage straps, chains, D-rings, O-rings and other cool details. While basic black is of course a gothic standard, some styles come in gray, purple, red, even Gothic Lolita pink. Our steampunk styles by Hades Alternative Footwear have the coolest heels with skeleton stilettos, gears, and other Victorian accents you will love.

Based in the US, we ship world wide and have supplied everyone from American Idol to celebrities, TV and film productions with awesome Gothic styles.

We offer FREE SHIPPING on orders delivered within the USA for orders over $75.

We are sorry this item is currently out of stock. Add your name and email below to get a notification when it is available again.